For us, it has always been happening. Noticing an english word being tossed around in conversations, articles, eloquent prose of novels, and of course on social media, while we hear it with that eerie feeling of it sounding a little too Hindi. It happens, doesn’t it? 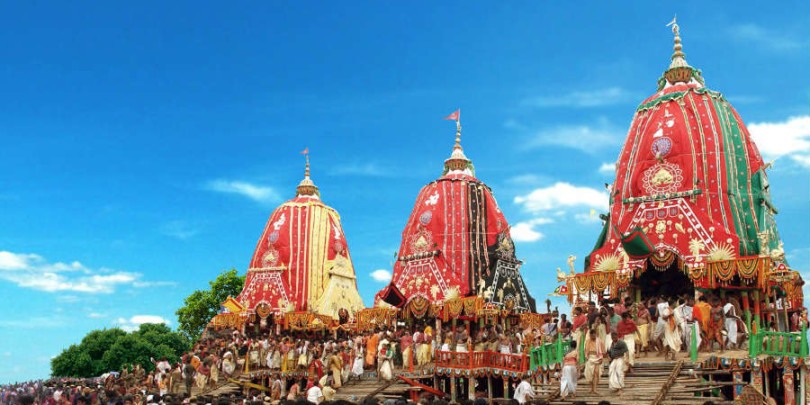 One such word in Juggernaut! And with this word, comes in the mind the mid-summer festive spectacle of Rath Yatra or The Chariot Festival in Jagannatha Temple is Puri, which is starting tomorrow.

Originated from the sanskrit word Jagannath, meaning ‘world lord’ in reference to Lord Krishna’s one name Nath, the word Juggernaut was inducted in British English in the middle of 20th century defined as ‘a large, heavy vehicle, especially an articulated lorry’.

While the first description of Rath Yatra is found in the 14th century in The Travels of Sir John Mandeville, a travel memoir found between 1357 and 1371, the first reference to the word Juggernaut traces back to Europe.

Apparently, a Franciscan missionary Friar Odoric travelled to India and witnessed the Rath Yatra. Back in Europe he carried with himself a story of an enormous carriage with an image of Hindu god Vishnu under which some of the passionate worshipers slipped in deliberately to crush themselves in devotion and sacrifice. But, no proof of this folklore has been found and it has been said to be a blatant exaggeration by many critic. Friar nevertheless managed to spread it through Europe, post which it is said to have been passed to the English language.

Since then this word of Indian original has captured the fancy of many writers. Featuring in The Life and Adventures of Martin Chuzzlewit, written by Charles Dickens and published in 1844, it has been used to express the sadness of a lovelorn character who tell that other that ‘the sun had set upon him and the car of Juggernaut had crushed him.’

Reappearing three years later in 1847, it was used by Charlotte Bronte to refer to the title character in Jane Eyre, as ‘worse than many a little heathen who says its prayers to Brahma and kneels before Juggernaut.’

Later when the use of this word came in common use to describe anything that demands blind devotion, it featured in Jekyll and Hyde to describe Hyde.

Advancing ahead, this heavy duty word has appeared variously in pop culture, including a character in the X-men movie series, and in games like Call of Duty and Tiberian Sun fire storm.

So if all this history piques your curiosity about all the frenzy that led to the inception of this word, must get yourself a trip to Puri in Odisha. Meanwhile, Click here to see a list of such fascinating words with their roots entrenched in India, so you don’t hesitate using them.