God has forgotten me. He doesn’t hear me and he doesn’t see me. It is as if I do not exist. If it were not for the fortunate ones who avert their gaze when in my presence, I wouldn’t believe that He exists too. He is a selective God. He blesses those He favours.

I’m cold. So cold. The marrow in my bones is ice and it aches. Oh, it aches. The ground on which I sit is wet, and so is my blanket. But I have nothing else, so I pull it about me. I tried to build a fire with some pieces of wood and grass, but there is more smoke than flames. Even the pathetic fire selfishly keeps the warmth away. I stretch my fingers toward the few sparks – it’s useless.

I had a home once. Slept in a bed – I have forgotten what that feels like. Had a warm meal regularly. Had a family too. Some family they were, though. My mother was a perfectionist – everything had its perfect place, even her children. My father was hardly around – work – he claimed. And then there was my perfect older brother, good grades, and good manners – the good son. 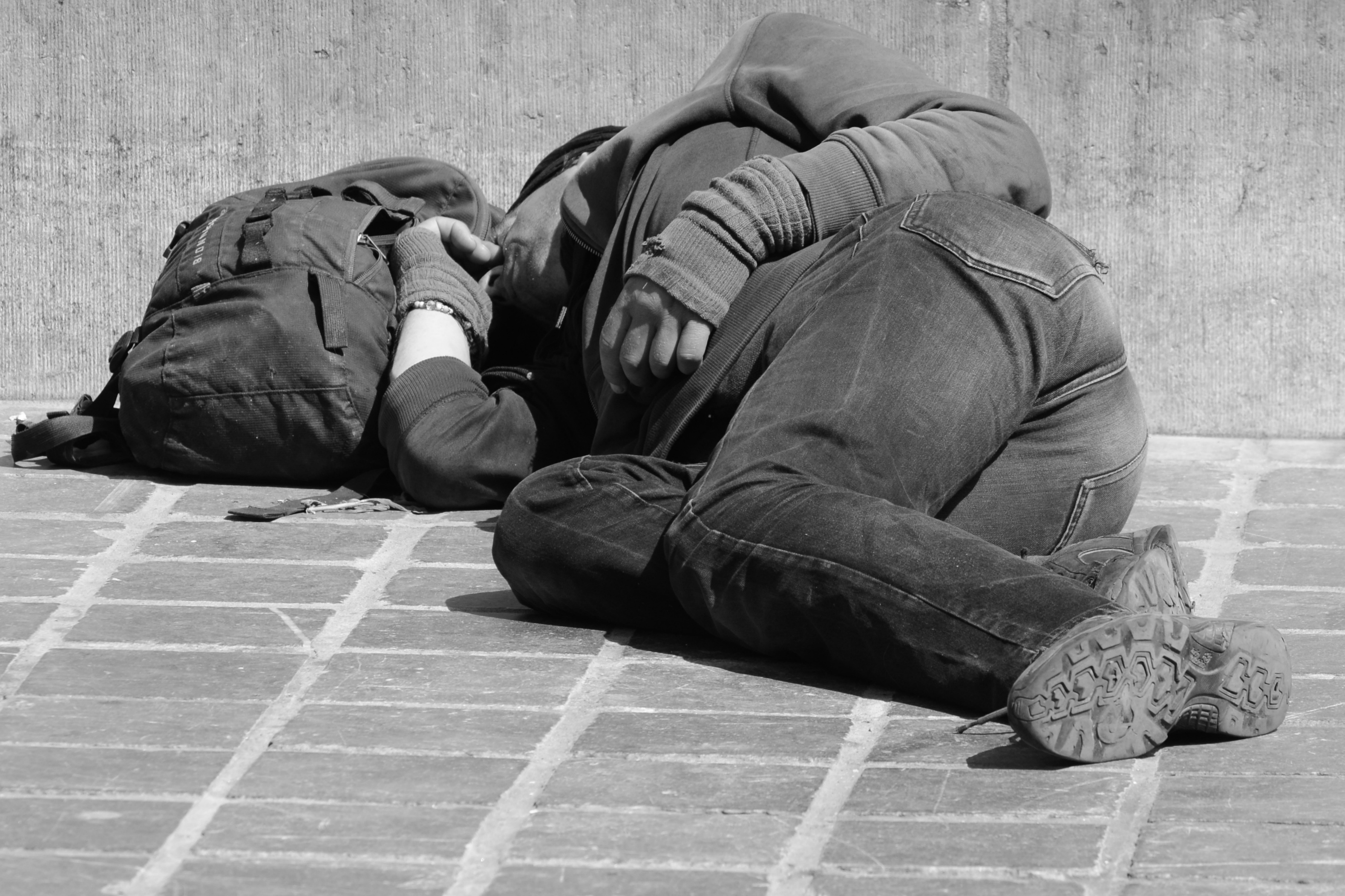 I can’t feel my toes and my fingers anymore. And an icy wind rips me into tiny shreds. My body reacts, shaking with a bone shattering violence. I think I might’ve swallowed a tooth that loosened when I ground my teeth to stop them clattering. I close my eyes; I don’t want to see where I am anymore. I shut them tight.

She didn’t want to believe me. She wouldn’t listen. I told her it wasn’t mine. But her lips pursed in a straight line, her eyes were fat and accusing. Her mind was made up, I could see that.

“You’ve just thrown your life away. Thrown it down the drain.” She said in that way, with her lips curled up.

My father was there then. He’d come in during the argument. His phone stuck to his ear while the other hand held his forehead as if he was shielding himself from the world. He ignored us.

She waved it in my face, the offensive package. “Why can’t you just own up.”

“It’s not mine, it’s not.” I felt a heavy weight pull my body down.

She shook her head as if she wished I was never born.

I felt the blood rush to my head. My body began to heat up.

I wanted her to stop. I wanted to hit her to make her stop. But I hit the wall instead.

Suddenly he was at her side. “You will show your mother some respect,” he said.

The words were hot on my tongue. “Go to hell, take your fucking phone and go to hell!”

I might have used more ‘fucks’. I can’t remember now. But I remember the slap. It sounded like thunder and its force swung my face to the side, hard. So hard I was sure my head must have rolled off my neck. It stung. My ears rang. But I did not cry. I glared him down. He turned his head away, his face red and his

He turned his head away, his face was red and his hands rolled into fists in his pockets.

His lips turned down and he mumbled. “You need to be taught a lesson. Go to your room and think about that.”

My mother made some noises, I ignored her. I hated her. I hated them both. I stomped off then. I heard him repeat just before I banged my room door, “You will respect your mother.”

I had to leave, I had to. I messed up a few times, sure. But not that time. That time was not my fault. I couldn’t let them do that to me. Never. Any place would be better than this place, I told myself.

It’s raining again. Each drop pricks my skin like tiny knives of ice. I start to move; backward and forward on my haunches. I moan and blow into my hands, pull the sodden blanket tighter. Nothing helps. I should have gone to the shelter. The one by the church on Mitchell Street. I haven’t been there in a while. Sometimes I go in the mornings. I get to have a hot bath, brush my teeth and the Sister there gives me clean clothes. I’m lucky, she tells me, she’s got plenty clothes in my size. The shoes are another story, though.

With my fill of hot soup and bread and when I feel somewhat human, halfway decent, I usually take the long walk to the public library in Sisulu Street. There are two librarians there. The old crow always gives me a look full of daggers. She tried to get me to leave one time. But I told her that it was a public library and that I was part of the public. She left me alone after that. But I still get daggers every time she lays eyes on me. The other librarian is nice. She recommends books I should read. She’s even bummed me a few cigarettes a few times.

I sit at the table in the back that’s surrounded by the old books. I like the touch and smell of them. In that little alcove, I’m in paradise, if only for a little while.

I recall the last book I was reading. Robinson Crusoe.

“O drug, what art thou good for? Thou art not worth to me, no, not the taking off of the ground; one of those knives is worth all this heap; I have no manner of use for thee; e’en remain where thou art and go to the bottom as a creature whose life is not worth saving.”

I say the words to the wind and rain. I’ve memorised the passages I like. When I read something beautiful, I know then there must be a God. How else would such beauty exist?  I almost forgive Him for forgetting about me.

The icy wind flaps at my ears. I choose another passage and scream it out hoping to block out the drum of my heart.

“The sun,–the bright sun, that brings back, not light alone, but new life, and hope, and freshness to man–burst upon the crowded city in clear and radiant glory. Through costly-coloured glass and paper-mended window, through cathedral dome and rotten crevice, it shed its equal ray.”

This was from Oliver Twist. The nice librarian gave it to me. I know why she did. I loved that book. But it does not matter now. There’s no sun in this world that will ever smile upon me. Not now, not ever.

The cold is a sharp ache and it fills my heart now. I yell out the passage again. I don’t know why I just don’t give up. I’m not moaning anymore, I’m howling, louder than the punishing wind. There’s nothing for it, I need a fix. I need to find Needles.

I jump up and almost topple over. I can’t feel my legs. But they seem to move of their own accord. I’m out of the alley and slipping through the street. I see some of the others. A few huddle under doorways. Some have built makeshift shelters using hard board set across two dustbins, held in place by brick and stone. The streetlights don’t work here but a fire in a small can allows me to see their faces. Some have found the mercy of sleep, while others stare ahead, lost in their thoughts or pain, I don’t know which. I ask them if they’ve seen Needles. Most ignore me. One of them tilts his head in the direction I’m heading.

Needles got a hole a few streets away and I head there. The rain subsides but the wind still bullies.

I had a plan when I left. I was going to find a job. I was fourteen then, but looked tall for my age, I’d convinced myself I’d find something. Then I’d get a place. I’d be on my own. But I could take care of myself.

As I turn the last corner, I see blue lights ahead.  Usually, I avoid those lights. But my feet ignore my apprehension and I am propelled toward it. A few of the others stand around. Seems they’re curious too. There are two police vans and four cops. Two speak to the scratchy female voice on radios, while another scribbles in a note pad. The fourth is leaning over the body sprawled on layers of wet cardboard with a needle up his arm. ACH! Needles must have shot up too much. Who can blame him on a night like this? I should have come earlier, I think to myself.

Then the thought just pops into my head. What would my mother say if she saw me now? I’ve done exactly as she predicted. I’ve thrown my life away. For weed. The only drug I’ve not used. On the streets you need something to brace the next day, and Needles was always good on getting you that fix of something.

I hear the sirens. An ambulance makes its way cautiously down the wet road. It slides to a stop between the police vehicles. A paramedic emerges, black bag in hand and leans over Needles. He pulls out gloves from the bag and puts them on slowly. After a while, he turns his head to the cops and swings it from side to side.

ACH! Needles, what a way to go, I think. The others walk away. The rain has stopped but the cold still bites. I dance from foot to foot and blow on my iced fingers just to keep warm. I wonder where they’re taking Needles as they bundle him up. I wonder if anyone will claim him. I knew Needles for all my years on the street, but he never spoke about family. None of us do.

I should have told her that it belonged to her perfect son. I should have. But she wouldn’t have believed me. Besides, I saw the fear in his eyes.

Constable Notepad sees me and ambles over. I swear if he asks me anything, I will spit in his face and run. But he doesn’t. He just stands there and stares at me. Defiantly, I stare back and I swear I’m staring into my own eyes.

I haven’t heard that name in years. They call me Zero on the streets. Needles gave me that name because I always have nothing.

He’s older, my brother. And through the rain that falls softly about us, I can see the tears in his eyes. I reach out to touch his face, but my fingers only hover close to it. I did not think I would ever see that face again.

I realise I’m crying when a warm fat tear rolls down my face.