Zeroes and Ones are consuming the Universe. The creation, storage, communication and sharing of information, have all being digitized. It has led to the “digital transformation” which has turned digitization into new processes, and transactions. And one process that evolved the most through digitization is the Social Networking. Social networking has evolved into one of the biggest and most influential components of the vast web.

What exactly is Social Networking? How is it different from Social Media?

Well, a lot of people use both of these terms synonymously. However, that’s not the case. Social networking, in actuality is a subcategory of social media. The difference lies in the terms “Media” and “Networking”. Where media refers to the information being shared such as links to an article, a GIF, a video, an image or simply a status update, networking is concerned about your target audience. So, basically you share media with your network. For instance, Facebook is an Online Social Media and Social Networking Website, Twitter, Tumblr, Flickr, Bebo, etcetera are the Social Networking Websites. 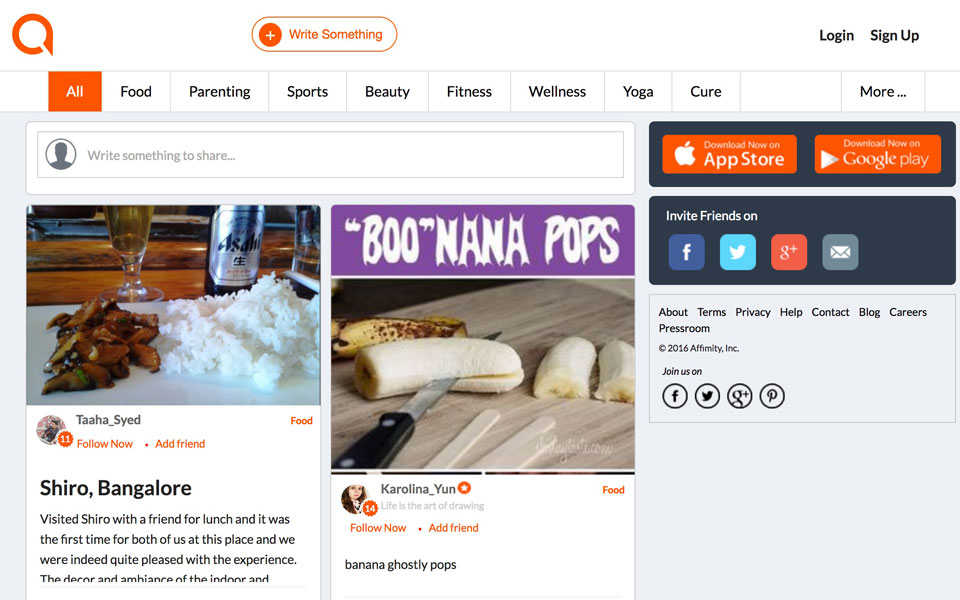 As a blogger, one of the most sought-after platforms was to find a Social Networking channel where I could build my social networks and social relations with people who share similar interests, and where my target audience could resonate with my writing. And my search ended at Affimity.com. With Affimity, there is absolutely no need to see posts on your feed that doesn’t interest you!

Find out more about what Affimity is on the full post titled Affimity – The Place You Meet People Who Share Your Passion on my blog A Fault by Default.