Folketinget, is the name of Denmark’s parliament, that holds the legislative power in Denmark. Not to mention, it has been holding this power since the birth of the Danish Constitution in 1849. In other words, the Danish monarch’s power is limited to signing the laws as a symbol of power. It’s symbolic, yet not effectively real! For the same reason, the laws are thereafter passed by the Government. Members of the parliament are elected by the people. Every Danish citizen above 18 years of age is eligible to vote.

Folketinget is located in a historical setting at Borgen (Christiansborg Palace), on the island of Slotsholmen in Copenhagen. The guided tour lasts for 45 minutes, with an informative guide. I had the privilege to visit a variety of rooms. The Royal Reception Rooms, the State Apartments, the Royal Chapel and the Tower are worth a visit. 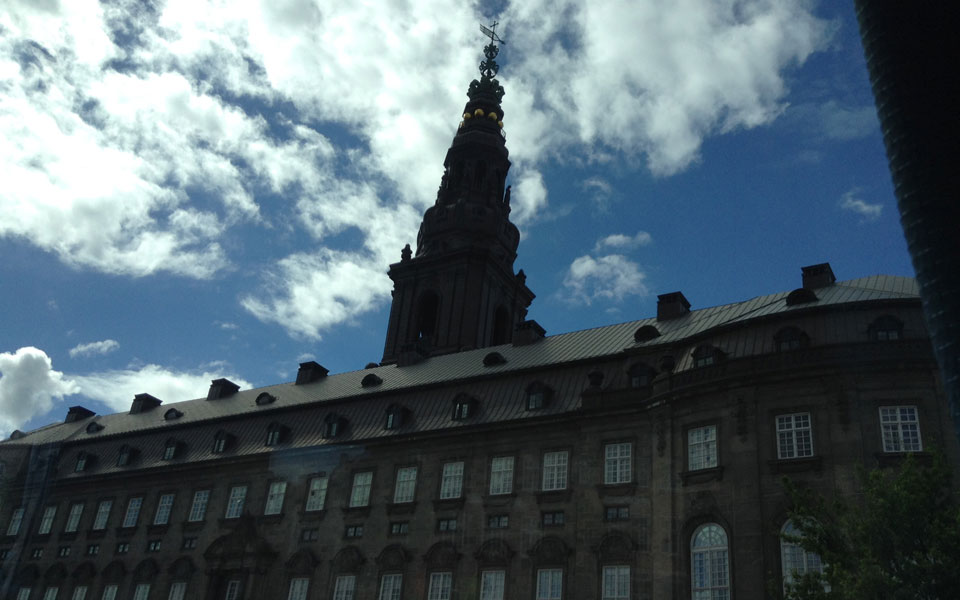 Meanwhile, the guide will explain the political system, and the presence of beautiful artwork. These architectural icons, stand close to the Holmens Kanal at a magnificent sight. To get inside of the building, you will have to cross the “Airport Kinda” security zone on the ground floor. Nonetheless, the staff is warm and friendly and you will have no hassles getting through.

Thereafter, you take the lift, the grand stairwell, and arrive at the spot that truly reveals an amazing view of the Copenhagen City. It is an exquisite example of grandeur! In addition, they also have a paternoster lift. Just so that you know, there are a very few of those in the world.

The Folketing passes all laws, approves the cabinet, and supervises the work of the government. It is also responsible for adopting the state’s budgets and approving the state’s accounts. The most recent general election took place on 18 June 2015, and the Folketing reconvened on 6 October. The first sitting of the house was attended by Queen Margrethe II.

The tower of Tårnet, inspires an absolutely stunning view of the Copenhagen City. A candid view of the infrastructure, copper roof tops, streets and other architectural erections. Moreover, Tårnet the highest and magnificent tower of Copenhagen is now open to the public. The tower belongs to the Danish Parliament, however is open for all.

Additionally, the Tower is open on all days except Monday, and offers admission free of charge. Please check their website www.taarnet.dk/info before visiting. In addition you can enjoy a culinary experience in Restaurant Tårnet, owned by famous restaurateur Rasmus Bo Bojesen. Please book a table in advance, as there is very little chance of you getting a seat on spot.

Google up #taarnet and you will find all the info you need.