I had the chance to visit this interesting architecture, with the twisting spire and unique roofline in Copenhagen. None other than, the ravishing Renaissance Stock Exchange, in Gothic style loaded with architectural history.

This notable Landmark is located right next to Christiansborg Palace, however the Spiral is visible from most neighbouring areas. You will get the best sighting of this little gem of a building from the famous canal boat tours. My guide prominently mentioned, that the interiors are as interesting as the exteriors; both foretelling Danish history. Although you are not allowed inside, it’s still worth having a look when you are visiting Christiansborg Palace. 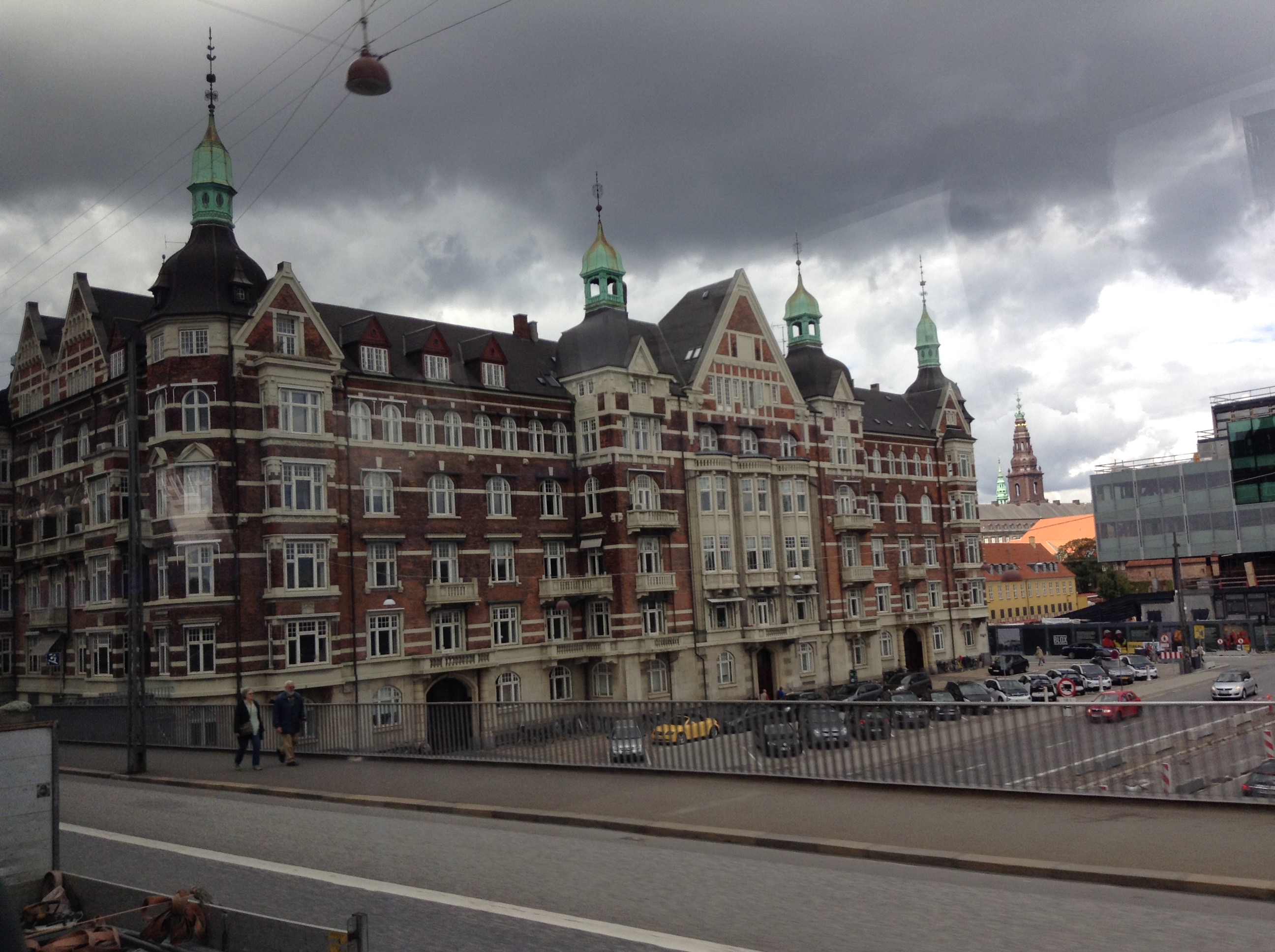 The Børsen (Danish for “Exchange”), is a 17th Century icon, that represents awe-inspiring symbol of Danish economic power. The dragon spire is 200ft high, and symbolises the Scandinavian empire. Not to mention, it flaunts 4 intertwined dragons, topped by 3 crowns. The detailed architecture, copper roofs and brick facades transport you to an unvisited era in a matter of few seconds.

The sunlight plays a pivotal role in the architectural vision, as the copper shimmers, and bricks glow under the nature’s blessing. One of Denmark’s precious jewels, which looks like a Palace, and only admits private entrance. Nonetheless, this stunning Stock Exchange is open to public on the Copenhagen Culture night, which falls in October each year. Other than that, you can visit the building if you can get an invite to one of their events.

The Culture night ticket costs 90DKK, and in return opens the door to a marvellous building that can be visited only once a year. It turned out, that my Danish guide who toured me to Christiansborg Palace, also provides guided tours to this Building on the Culture night. She gave me some brilliant insights, including a virtual tour of the interiors.

In her words, the interiors comprise of a wooden reception hall, with paintings, mosaics and other details. She told me, that the Old Stock Exchange dates back to 1625, which makes it one of the ancient buildings in Copenhagen. In addition, the building was built in Dutch Renaissance style by King Christian IV. He had realised the importance of increased trade, hence had this grand building erected. Thereafter, the Swedish removed most of the Lead to produce cannon balls.

Regardless, this Stock Exchange building is Copenhagen’s finest examples of renaissance architecture. One of its kind, located on Slotsholmen’s embankments, next to the Danish Parliament, with a picture perfect view. These days the Old Stock Exchange building, is mostly used for Conferences, Gala Dinners and other events.