Walt Disney’s intent to escalate love, and render our childhoods has been commendable. Not to mention, Disney’s well chosen adaptations of most fairy tales are originally inspired by sad stories. As a matter of fact, all the irksomeness has been replaced by the happy endings, so that our childhoods were much happier. Having said that, we all have our favourite Disney characters, Don’t we ? Talking of which, one of my best loved is “Ariel”, from ‘The Little Mermaid’ series of Disney. 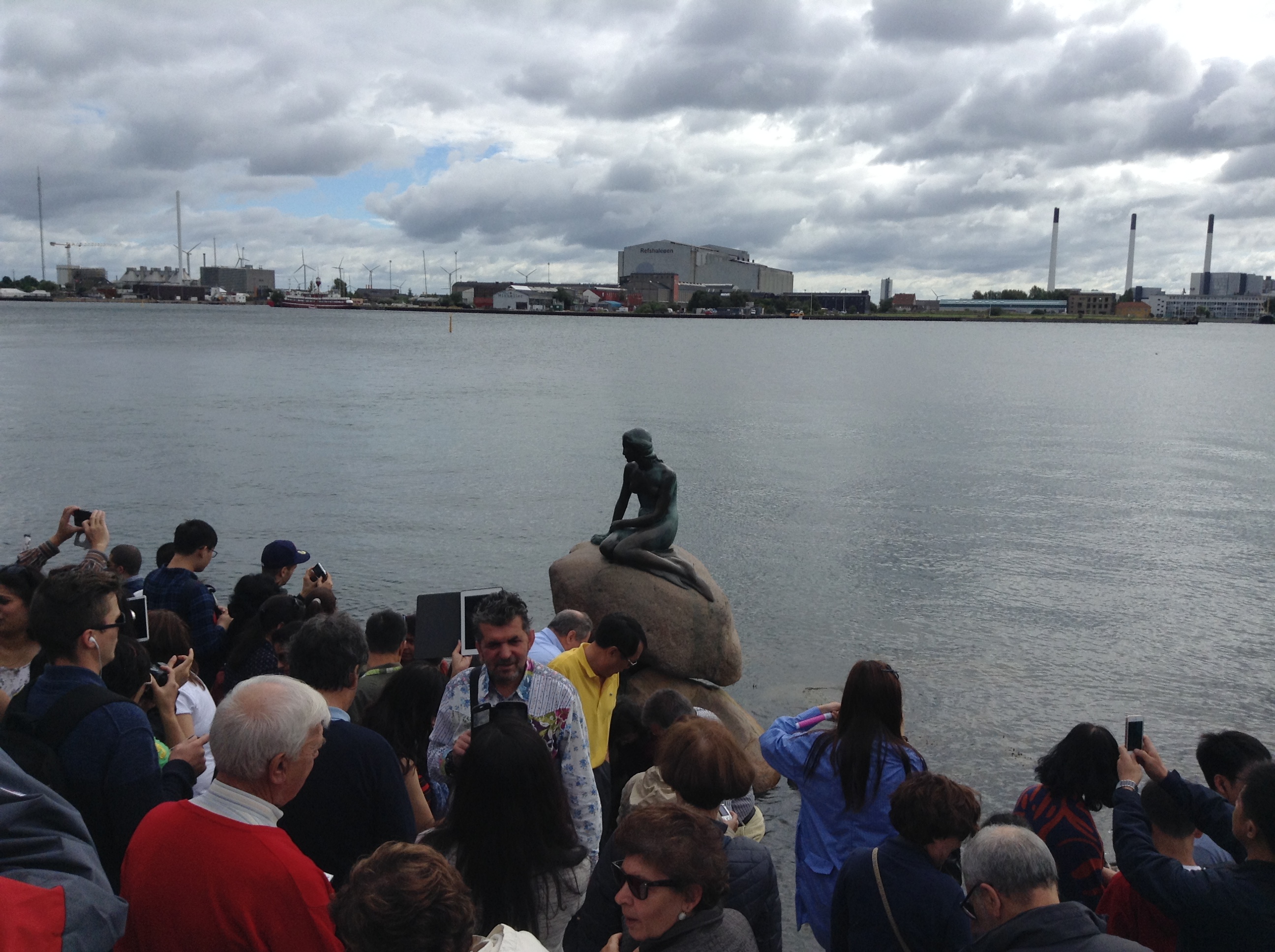 It’s only when I visited the aboriginal Little Mermaid Statue in Copenhagen, is when I figured the original story. A heartbreaking story, which fabricates a different image than what I have of Ariel in my mind. King Triton and Queen Athena’s 7th daughter, the most beautiful “Ariel”, with her long, flowing red hair, blue eyes, purple seashell bikini top and aqua green mermaid tail. But that’s just Disney, figuratively “The Little Mermaid” is a fairy tale by the Danish author Hans Christian Andersen. A story about a young mermaid willing to give up her life in the sea and her identity as a mermaid to gain a human soul. ‘Fairy Tales Told for Children’, published ‘The Little Mermaid’ on 7 April 1837 in Copenhagen.

The story narrates, that the Little Mermaid sojourned in an underwater kingdom, with her father (King Triton) and 5 sisters. When Little Mermaid turned 15, King Triton authorised her to swim over the surface to get a glimpse of the world. As the other sisters grew up, each one of them began to visit the upper world one at a time, every year. The little Mermaid endured her sisters descriptions of the world, however at her turn, she watched a Prince from far distance, and instantly fell in love with him.

When The Fate plays its cards!

As the fate had it, a violent storm struck the Prince’s boat and the Little Mermaid managed to save. She swam him to the temple on the closest shore, however could not find a chance to reveal her identity. She left him unconscious with the priestesses at the Temple, hoping he would recover soon. Furthermore despondent in Love, she questioned her Grandmother, if humans lived forever. In response, her Grandmother explained the life span of mermaids and humans, sea foam and eternal soul.

The Mermaid longed to be with the Prince, so she visited the Sea Witch to find a solution. The Sea Witch sold her a potion, that promised her legs in exchange for her tongue and beautiful voice. That with a condition, that every time Mermaid had to use her legs, she would suffer excruciating pain. In addition, the Sea Witch warned the Mermaid that she could never return to the sea.