It is not every day you get a chance to review a book before it gets officially released and I’m very pleased to announce that I got one such chance. So here comes , the first official review of the book!

Sharikrida , is a book authored by Krishna Trilok and published by Zuna Publishers. The book is set in the future where monarchy and kingdoms rule India ( now called Vehya ) again.

The basic plot is that there are six kingdoms which rule the vehya subcontinent and the supreme ruler is chosen by a game of Sharikrida , a live action chess and strategy game. There is also a running thread about King Bharin Shah of the North fighting for justice against the evil supreme ruler Kesara Gaderia and his evil Shvagnin / Chessmaster . 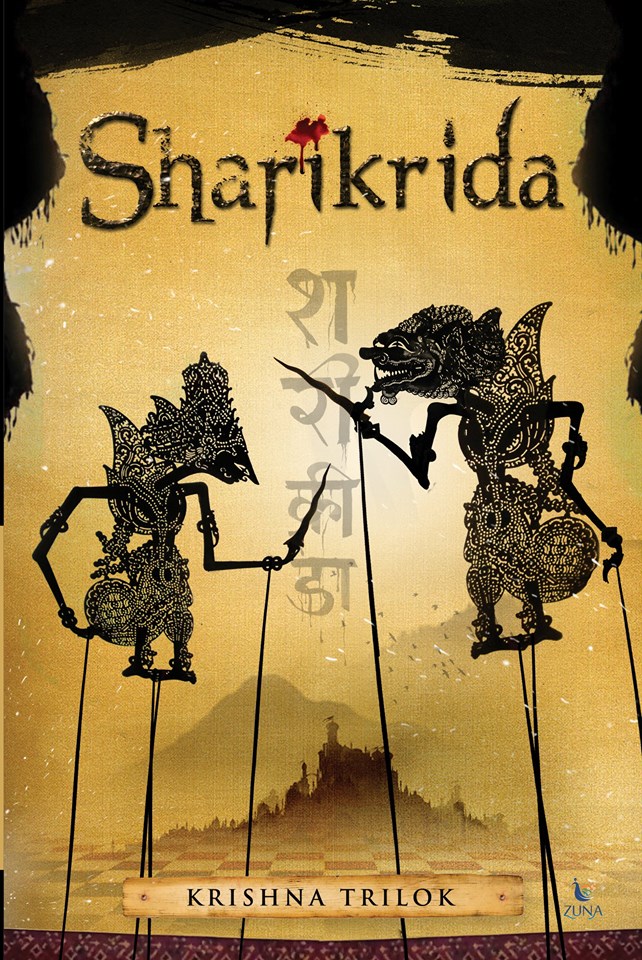 As you can see , the book conjures up its own world effectively. The author has put in great effort constructing this fantastical realm so comprehensively that you want more stories from this world. Trilok should make a Trilogy!

Things which impressed me about the book especially were :-

2)      The author’s English which is impeccable and beautiful. I love it that he hasn’t try to dumb down his language.

3)      The way he describes food. I had to constantly reach for snacks when he started describing lamb delicacies.

All the characters are well etched and the action set pieces were very thrilling. I felt that the book kept building its world and moving its story at an amazing pace. However , after it reached it feverish pitch and ultimate peak I felt that the sudden back story plateaued it a bit and made us think – which leads you to predict the twists.

That tiny complaint apart , this is an excellent book. I honestly think that the beginning portions were India’s answer to Game of Thrones ( a much leaner and focused version ) and the author has amazing potential to reach greater heights if he is ready to leave the safe road and start attacking ( like one of his characters said)

The book deals with governance and morality boldly and King Bharin Shah especially delivers a lot of noteworthy quotes. The implied Gender Equality in the book was beautiful to read too.

All in all , a wonderful book which you must read if you like fantasy or action or politics or thrill or just a different story. I also must say , I love the godfatheresque turn the book took and its ultimate ending. It was like there was always something up the book’s sleeve.