The year 2016 is finally over, a new year, a new horizon now embarks upon our journey. It has been a year of joy and heartbreaks. While Cricket established its supremacy over the world, Football notched up a few rungs up the ladder, the biggest heartbreak was the Olympic disappointment with sky high hopes pinned on the participants. Badminton had a memorable year as stars emerged with proper nurture and care and Boxing now has a new superstar. The list would go on and on. But here is my list of the most memorable moments of the yer 2016.

Although the tour had been finalized in 2015 with most shows being sold out by December 2015, the new year started of with a bang. For the first time in more than a decade the most famous wrestling sport is making base in India, this is not only a proud moment for us but shows the growing trend in the perception of India as a destination for sports. It’s an open secret that WWE is more of a rehearsed sport and much of the wrestling is dramatized, yet it has

maintained its superiority like none other. WWE being one of the most popular sports amongst the younger generation, the chance of seeing Big Show, Roman Reign, Demon Kane is something they would always cherish. But with every good news is a conditions apply *. This condition was forced upon them with an injury to their superstar John Cena which ensured that he could not make it to the India tour. Nonetheless the tour proved to be a grand success with packed stadiums greeting their stars and booing their nemesis, WWE had a tour to remember. More recently there were news doing the rounds about their next tour to our country somewhere in 2017. I do not know the authenticity of the source, but if this does happen, none would be happy than me. 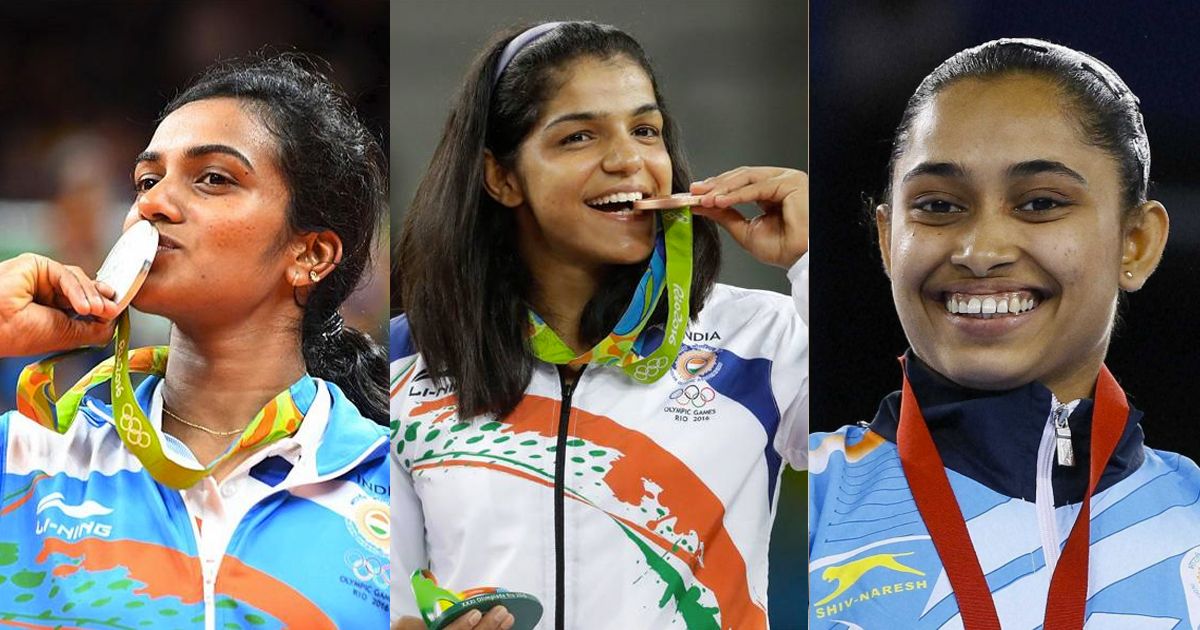 When we have a religion called Cricket and the players being worshiped like Gods, there is nothing wrong in expecting only the pinnacle of the sport. That was achieved this in style. With the test series wins against South Africa, West Indies and New Zealand spring boarding us to the No. 1 Test team, the recently concluded series against England sealed our supremacy in the sport. Although we missed the World T20 held in India, for the first time, by a couple of feet(2 No Balls), we did win the Asia Cup T20. Agreed we haven’t been reflecting the test success in the limited over format, but one thing is for certain, we are certainly raising the bar and have been performing much, much better, and are considered true World beaters.

With the likes of Saina Nehwal, P.V. Sindhu always in the top 10 and now the mens players catching up with 6 of them in the top 50, badminton is truly gaining popularity and growing leaps and bounds with all the credit to be pointed to just one person, the Dronacharya of Badminton, coach Pullela Gopichand. Under his supervision India produced world class performers like Srikanth Kidambi, Ajay Jayaram, Prannoy Kumar, Jwala Gutta, Ashwini Ponnappa and many more. With a population of around 1.25 Billion, the list is sure to extend even more. Although 2016 cannot be considered as a watershed year, it sure can be placed in the top rung for the most memorable years.

Its always said that the true way to judge a system is to look at the youth of the World. In sports its always the Under-19 squads that we need to look at. Its easy to put aside the kids

telling that they need to mature to play games under constant scrutiny, but when they are thrown onto the world stage, how they falter and come back again gives us the correct picture of their character. When the Under 19 teams of both Hockey and Cricket won the World Cup and Asia Cup respectively, we can be rest assured that the future of the sports are in safe hands and just like wine, they would certainly get better over time.

It has been quite sometime since India fielded a quality hockey side, let alone a champion side. The Indian hockey team failing to qualify for the 2008 Olympics was sometimes regarded as the last nail in the coffin of the once invincible side. Not many people eve

n gave second thought about the game. But as the saying goes, “the only way left after falling down is going back up”. And up did we go! With HIL giving more experience and exposure to the global arena, India notched up one step at a time. Although we did miss out on the Olympic medal, we put that aside for better and prepared for championship glory. The final would be a game that will be etched in hockey’s echelons for a long time, coz not only did we win the Champions trophy, but we won it against Pakistan when the diplomatic ties between the two countries were at a low point following the Uri and Pathankot attack. When the trophy was dedicated to the victims of the attack, not only did they win The Cup but our hearts as well.

Despite the fact that India has been playing test cricket since 1933, with the cricketers enjoying a God like persona and even when India is known to have a penchant to produce classic batsmen, we had failed to produce people with the appetite and temperament for huge scores, with just one person scoring a triple century in 2007. That is definitely about to change in the coming years, with leaders wanting to go for the win, ALWAYS. A team is usually a reflection of the captain, with everyone wanting to perform their best with a philosophy of come the occasion, come the chances. The latest addition of that is Karun Nair, playing his debut series and under pressure to keep his place, he kept up to his captain and coach’s’ faith in him by delivering a sublime triple century in his debut series, in the process re writing many records. The most surprising fact to this, Karun Nair still dosen’t know if his placed is sealed or if he would play the next series! This is not a question about his talent or skill set, but the number of players who are performing very well with the limited opportunity they are handed.

When the Pro Kabbadi League was established, supporters thronged the stadium with much fanfare and enthusiasm. That was a truly defining moment for the game as an ‘Indian sport’ had never garnered as much media coverage and the audiences were spellbound to not just watch the sport but to support and globalize it. Kabbadi had reached a greater audience through the years and a pan India following. The next step was to go for a global reach with the only way to do is to have an ‘Actual World Cup’. By Actual I mean, to have countries from every continent to participate in it and fight for the pinnacle of the sport. Hosted by the most popular country of the sport while showcasing to the world audience the power, might and beauty of the game. Needless to say India retained the cup, but South Korea gave us the most shocking game by defeating India in the opener, while Iran missed the World Cup by a whisker, Bangladesh let the world know why Kabbadi is their national sport and Thailand remained the dark horses. The sole credit to the spread of the game has to be given to the organizers of the Pro Kabbadi League for spreading the sport where Cricket is considered a religion and Football has the global popularity, and even emerge victorious. That is when we know the deep routed liking we have for the game.

When Bengaluru Football Club was incorporated, there was not much talk about it, when in fact there were criticism for including a corporate club. As Gandhi’s saying goes ‘First they ignore you, then they laugh at you, then they fight you, then you win’. BFC exemplifies this example. From being laughed at, they won the I-League in their debut season, then came 3 minutes close to in the second season, won third season and finally not able to quench their thirst showed their supremacy in the continent by reaching the AFC Cup final in 2016. Irrespective of the result, BFC have laid the pathway for Indian Football for the future. With the ISL gaining popularity with every year, the Football scene in India is getting better day by day, along with the fact that India is hosting the Under-17 world cup next year, only time will tell when we could lay our hands on the FIFA world cup.

Although Vijender turned pro last year, it was in 2016 that he earned the vacant WBO Asia Pacific Super Middleweight title, on July 16th, after he won the fight against Australian Kerry Hope in front of the packed Thyagaraj

Sports Complex in New Delhi. This has to be the second best achievement of the year, as for the first time a boxing game has taken center stage and garnered much attention. Not only did it propel Viju into the top 10 pugilists in the world, but brought the entire nation to take note of the sport.

Vijendar’s title defense against the much experienced Francis Cheka, showed us the swag of Viju, coz not only did he defend his title, he did that in just 3 rounds Knockout without breaking a sweat and continuing his unbeaten record of 8-0 after turning pro. Vijender has truly sealed his place in the pro boxing circuit and has been gaining popularity over time. With his inspiration, only time will tell when we could have our own Mohammed Ali or Mike Tyson from India.

With high hopes and great dreams, India fielded its highest contingent of 117 athletes at the 2016

Olympic games expecting to bring in glory. But the results were disappointing to say the least. Never did we think that we would return with just 2 medals. Nonetheless, P.V. Sindhu and Sakshi Malik deserve all the credit and much more praise for making us proud. You are the real inspiration when the going got tuff. Although we did have our share of near miss in a lot of other competitions, like Dipa Karmakar who came 4th in gymnastics making her the first Indian to reach the top five. While Sania Mirza & Rohan Boppana went down fighting in mixed doubles and Abhinav Bindra missed his target by a whisker. All of them deserve equal credit like the other two.

With Olympic disappointment still fresh in our minds, not many people gave much thought about the Paralympics. It was this, that makes the hauls even sweeter. With 2 Golds, 1 Silver and 1 Bronze, India gave its best performance in the history of Paralympics. This is no easy task considering that India had sent 19 athletes, which in itself was its biggest contingent.

These are the 10 most memorable sporting events for India in the year 2016. With the sporting scene in India shinning brighter than ever, I wish I would be spoilt for choice when I sit down to write the year end review for the next year…