Two mercenaries (Damon and Pascal), from a group that was questing for ‘black powder’ reach the Great Wall of China after saving their lives from an unknown creature. They are captivated by the elite Chinese army called ‘The Nameless Order’, to protect the secret of the wall. The movie begins with the superscript that there are many legends behind the Great Wall and this is one of them. The viewer is prepared to witness a super strong tale that would keep them at the edge of their seats, however, a horde of obnoxious alien reptiles that look like cheap hybrids of dinosaurs and dragons called Tao Tie are introduced as the monsters who have been attacking China every 60 years! They can only be incapacitated by killing their queen. Matt Damon is the white face western saviour who has excellent archery skills that rescues China from these monsters – yes, a bizarre plot with a cliché ending! 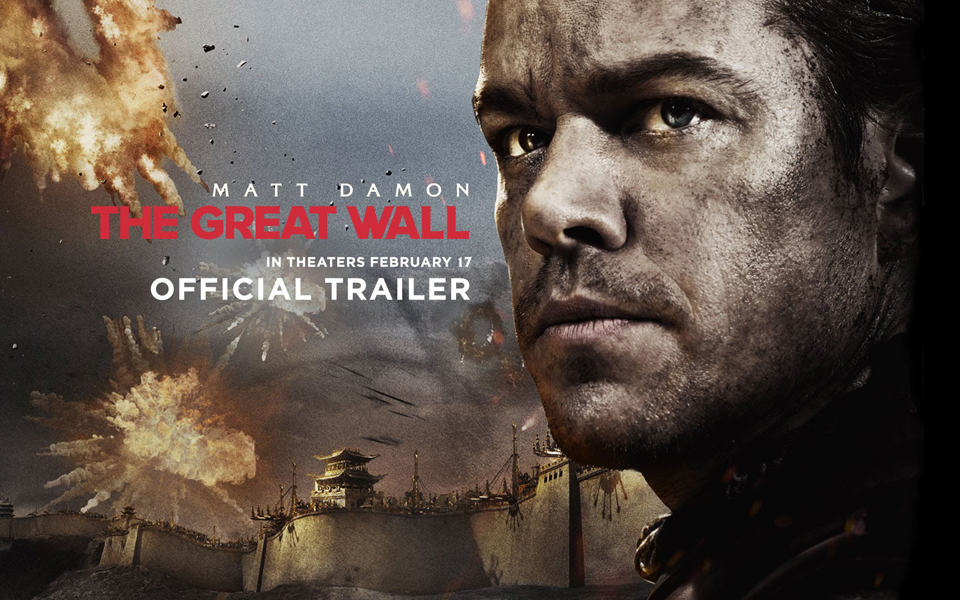 Except for these monsters, the movie has uber cool VFX and visual imagery. It pretty much oscillates between the feel of playing a VR game and watching Game of Thrones. The view of the Wall is breathtakingly stunning. There are some exceptional battle sequences that make the movie bearable; the use of woman warriors on the front line is also a commendable part that is shot really well. The Nameless Order is led by a female General, Lin who like others in her army is beautiful, robotic but agile and brave. The movie becomes dull whenever the battle scenes end, the change of heart of Damon and the comic betrayal of Pedro is too predictable and seems drab.

The camera angles and design production do decent justice to this medieval period action-fantasy drama and makes it a visual treat especially if you are watching in 3D. The film is a bit too long and will not stay back in your mind once you leave the theatre. Even Matt Damon fails to make an impression. The pivotal part of this movie is xinren (trust) and Damon eventually learns to accept it when he becomes aware of a cause-worthy fight.

No matter what the timing of the release of The Great Wall is, it has absolutely no relation to the wall between US and Mexico!  ????