“Sister , do you mind exchanging places?”

The first thing I noticed was his hair , longer than the girl next to him. He was sleek, mostly like my batch-mates from the university.

Bemused I stood amidst smelly shirts and adamant heads , unable to figure out that the voice was meant for me. In a jiffy,

I shook my head and we exchanged places. I took the corner near the gate right next to the lady he accompanied.
Five minutes earlier ..

I was late for my university examination. Having missed the 9.05 metro , I was left with no time to reach the allotted examination center. I had somehow rushed through the queue , down the escalator and managed to push myself as the door slided open. Metro railways in my city work perfectly fine but using it as a means of commutation during the office hours is a dreaded task. 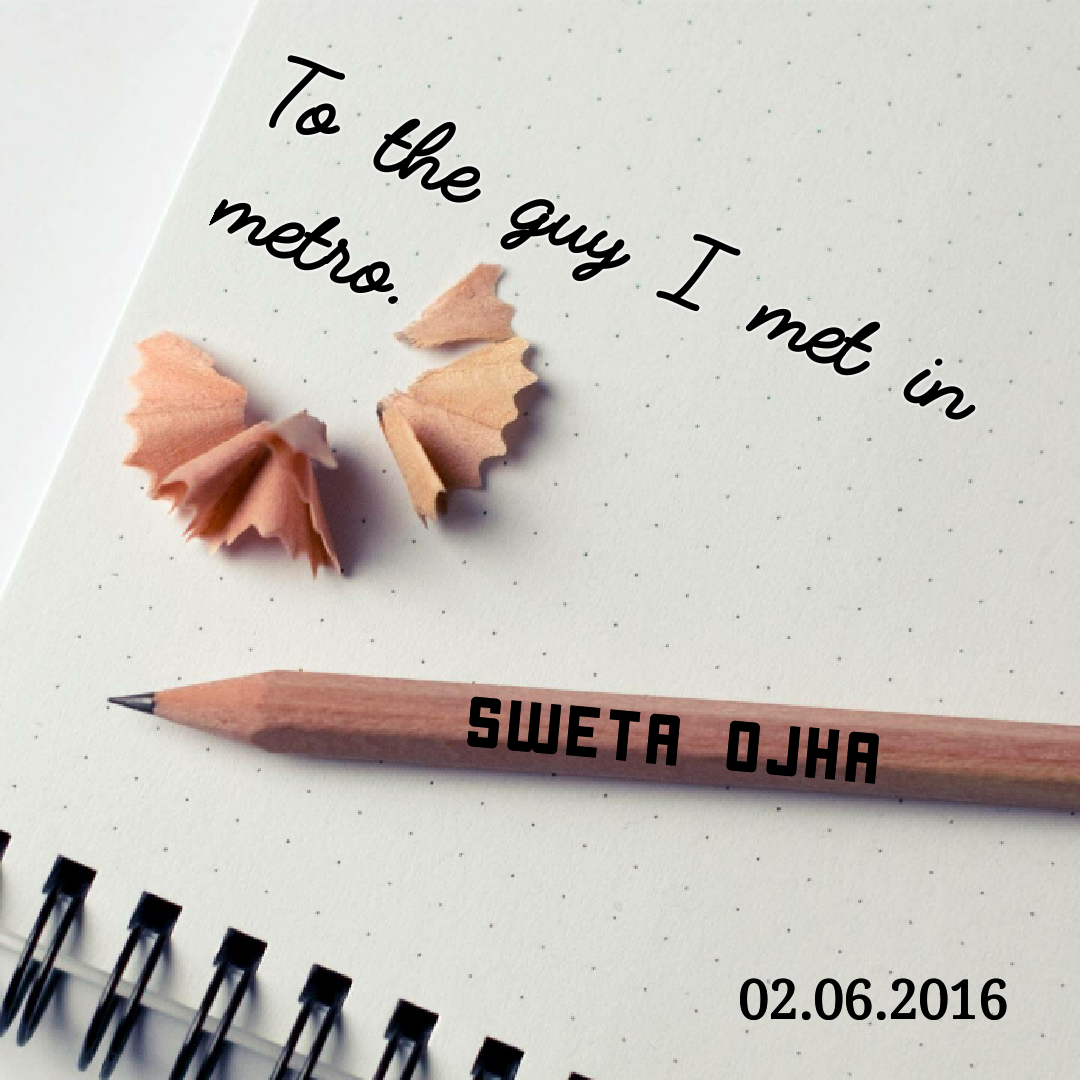 Since I had somehow managed to reach the metro station in a hurry , I had missed the door to the ladies section and getting in the general area was even dangerous. Mostly a daredevil stunt, we were taught. No matter what, I had sneaked in anyhow with intentions to tackle the crowd that left me aghast.

Oh yes, missing the special section devoted to us the ladies, did not promise good news for a thirty minutes ride.

“For any lady traveling alone , it isn’t a safer option.”
My mom always frets about.

I remember how I had tried all practical justifications on equality to make her believe that we belonged to the 21st century but all in vain. An ordeal every Indian girl would relate to.
Nevertheless, it was just not my day to find a place to where I belonged – ‘The Ladies Compartment’

The bag-pack I carried was right in front of me and I struggled to hold myself straight against the jerking.

Minutes into a song I felt a touch as if someone nudged my shoulder. I struggled with my earphones and the crowd seemed ruthless.
“I’d rather keep it away” spoke my saner self.

I felt it again.
Every face I saw was as old as my father is.
But then, what moved at the back?
I could sense someone leaning in, someone camouflaging me and my movements.

Just when he made that call,
“Sister , do you mind exchanging places?”

Yes , I had nodded a thank you and he had returned the smile.

In a country that thrives to develop and break free inhibitions, it’s all in our genes to face , to stand and to raise our voice against injustice. We’ve been raised to serve ourselves our own safety in a world that hardly cares.

So what he did barely mattered.

Or maybe it did?

And maybe it does?

Not for saving a girl from a situation that shames the society.
But for exchanging places to know how it feels.