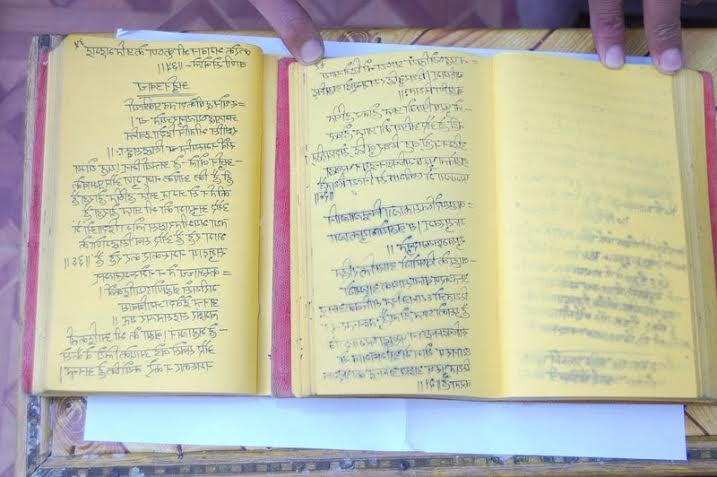 2. Needle Write Book “Madhushala”(Needle)-To read a book in front of a mirror ,reading then mirror very hard.People asked Piyush to read your mirror imaged books,mirror is necessary, he replied “Yes”.After a lot of thinking an idea stuck into his mind “Why should i not write a book with Needle.Then he started writing “Madhushala”,a book of Harbans Rai Bachchan,father of Amitabh Bachchan,Legend of IndianCinema,now no need of Mirror.(Mirror image but no need of mirror). 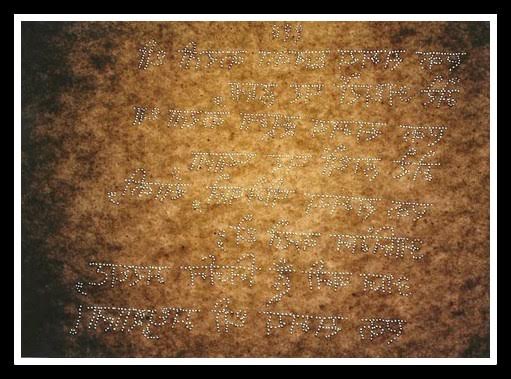 3.Book “Gitanjali”written with Mehndi Cone(Mehdi Cone)-Piyush always think “DO SOMETHING NEW”,because of this thinking,he make a project and work on it.Whenever he has spare time and bring out the work at the end and this is the result of “Gitanjali”a book of Noble Literate Rabindra Nath Tagore,completed with the help of Mehndi Cone. 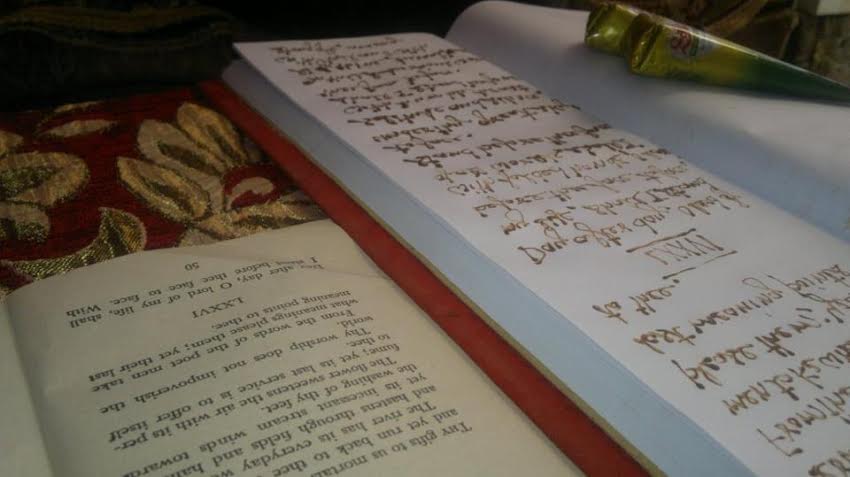 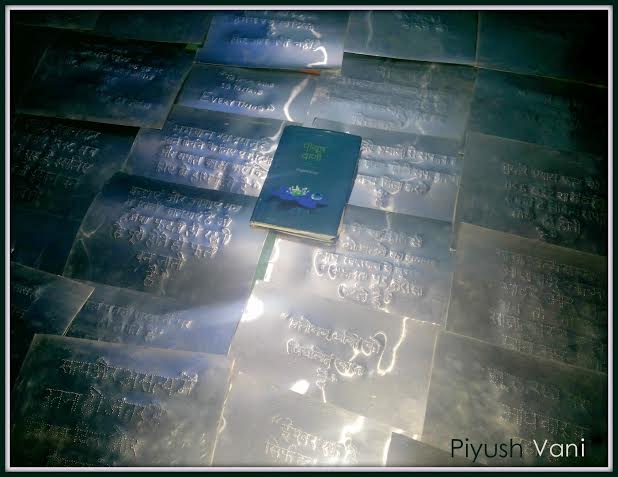 Piyush Goel has written Bhagwad Gita in mirror image. Who was he motivated to take upon such an unique way? He says that in the year 2000 an accident changed his life. In 2003 there was a Katha organized on Shreemad Bhagwad Gita , he used to go daily two times , on the last day in the evening, an idea stuck into his mind, “why should I not start writing Shreemad Bhagdad Gita in mirror image?”, then he started writing in Hindi. After completing in Hindi, he started writing it in English too (all 18 Chapters , 700 verses)

Piyush says, “It  is the World First Hand Write Mirror Image Bhagwad Gita I wrote the epic in my own hand writing in two languages, Hindi and English. One can read all the 18 chapters and 700 verses in front of a mirror.” The feat certainly shows the will power of a man who put everything readable in front of a mirror. He says, “Since my childhood  I had a strong desire to copy everything in front of a mirror. Though I was not sure to achieve this uncommon art, yet I did it.” He recalled how an accident had changed his life. I met with a serious accident in year 2000 and remained in bed for a long time. At that time I had developed this art, he reveals. Piyush is now known as ‘Mirror Image Man’.