The skies a sinister purple

As the looming grey clouds

Showed their tyranny over

the beams of the dying sunset.

An enigmatic peace hangs in the air,

The smell of danger invading the lair

In the fabric of expansive space,

Weave the threads of darkness.

In the depths of the water maze

Stirs from its sleep, the Loch Ness.

The heavens erupt in lightening bolts and

Bellows of thunder, as Zeus unleashed his rage.

The calm before the storm is shattered,

The skies illuminated by the furious blizzard. 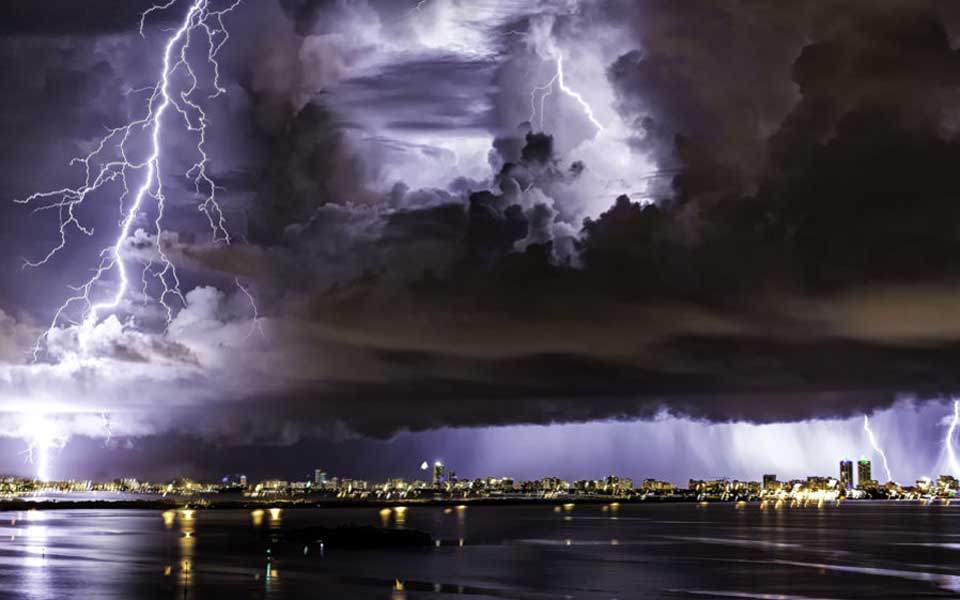