The Indian rat is the most widely travelled animal. It has been known to travel on buses, especially the state transport buses, which touch the remotest parts of any state. Thus a rat in a village, which has till now lived on the grains produced in villages, suddenly finds itself in a city, and goes mad with the other options of food, which are available in the city. In fact, it thrives in a city, what with the many slums, garbage dumps, food godowns, hotels, etc. where food is available for it in plenty. It is especially prevalent in the restaurants kitchens, which vary from the road side to the 5-star ones. I have noticed that the road side rats are rowdies, which will not think twice about scampering over your chappal clad foot, and elicit strong reactions of the screaming type, from the female human species. Whereas I have noticed that the rats residing in the 5-star localities are the most obese and the most lethargic, since food is available for them in abundance, and they don’t have to do any extraordinary activity for their daily bread. The rowdy rats always look upon the 5-star rats, especially in areas like SOBO and Bandra, with a certain degree of envy. Yes I have seen the high degree of envy in their eyes. And please don’t think that the rats are only near the slums, since they have been known to put the fear of god, into the most manicured and pedicured damsels living in their gilded towers.

Then there are the rats which are privileged to travel across the length and breath of India, on the lifelines, which are the railways. You will find them living along the tracks, and are especially prolific, near the station areas. They are so brave that they will be scampering about during the day time also, looking for assorted goodies, which the human race is not careful in disposing off. Once I was travelling in a train, and believe me, whenever any hawker came across to sell his goodies like vada pav, idli, bhaji, et al, the rat living below the bench, was the first one to poke its face out, with its small nose twitching. Thus, wherever the extensive network of passenger and good trains, reached the 4 corners of India, the rats also proliferated. 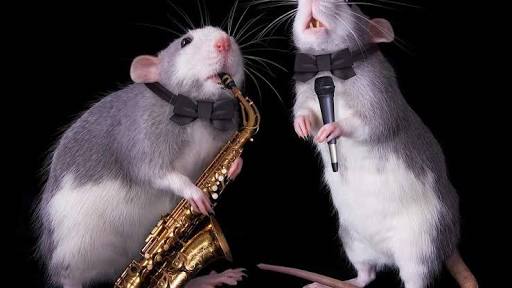 But the rat of the year award goes to the pioneer which managed to ground the airline of India, which was on the flight path to England. After flying for almost 3 hours, a passenger spotted the rat in the aisle instead of an air-hostess and complained to the pilot. This sighting was enough for the pilot to decide to return back to India. Maybe the rat was not carrying passport and visa. Thus the great vision of the rat to capture new frontiers by the air route was not fructified. Though its ancestors had been successful in the past to reach all corners of the earth, by the sea route, sometimes through merchanting ships and sometimes through pirate dhows.

But this has not stopped the rat from dreaming big. It is now planning for a trip to Mars thus becoming the second species on earth to dream this big. And it has made all arrangements to remain incognito on the spacecraft, otherwise who knows, the craft will be brought back to earth, while flying past the moon.