The girl gripped her mother’s finger as the mother started narrating the story.

“Once upon a time, there was a little girl named Forrest…”

Her little girl of four loved horror tales. She was surprised that the girl felt no fear listening to creepy tales that would generally freak out kids that age. Mothers resort to ghost tales to discipline their kids, to put them to sleep, to get them to eat their meals. But her baby? She wouldn’t eat nor sleep until she had a tale or two of absolute terror.

But dear reader, you wait if you felt this was weird. The actual weird was a lot weird. Her obsession was queer to the point of exhausted exclamations from her mother. She had grown fond of one particular tale that she made her mother repeat every night. Sometimes, even at the breakfast table. 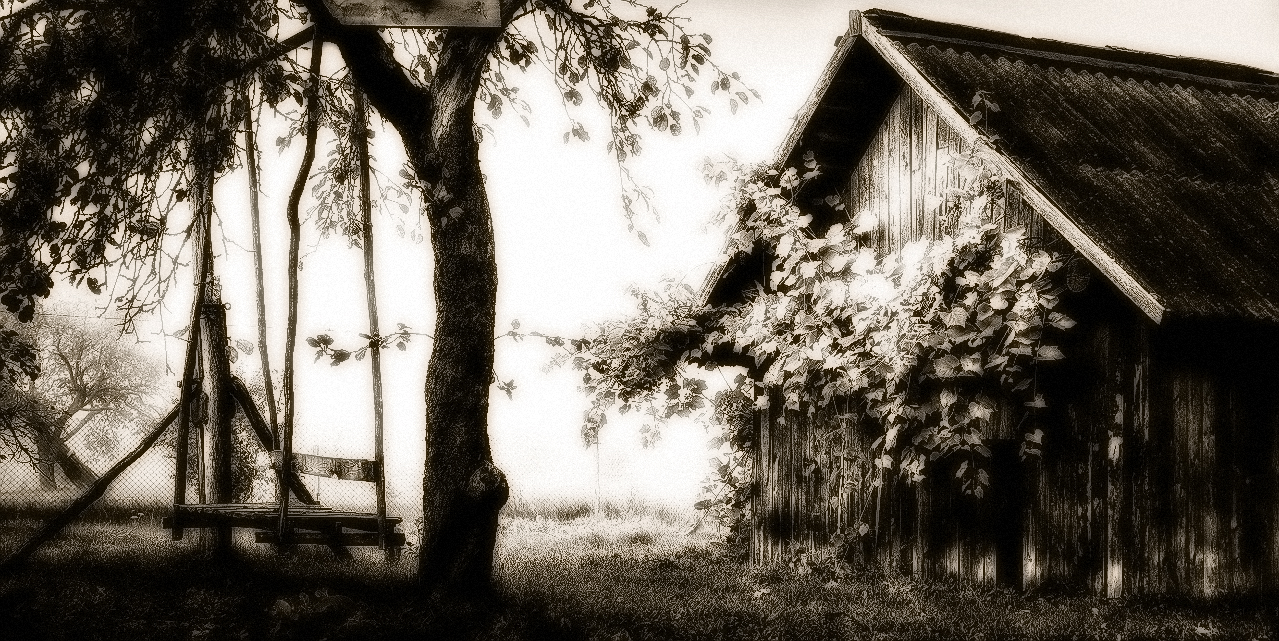 ‘Mommy, why can’t Forrest talk?’ The mother was bewildered. As if concocting a new tale each time wasn’t painful enough, now she had to answer questions too. “Because she is sick, sweetheart.” She said, forcing the scoop of cereal into Tabby’s mouth.

‘When will she be okay, mommy? I want her to talk to me.’ Tabby asked through mouthful of bolus. The child is taking this all too seriously. It has got to stop. She decided. Scooping her up in her arms, she said, ‘Baby, it is only a story. You can’t talk to Forrest. She doesn’t exist in real.’

‘But she says she can talk only if you allow her to. She says you’re her mommy too.’ Tabby said adamantly. The child is clearly imagining things, she thought. No more creepy tales. She can’t go on believing things as she likes. After all, it’s only a story. How can she take, something I made up, to be real?

Tabby’s nights became living nightmares. She could no more have her dose of horror tales nor could she sleep. The mother took to reading fairy-tales. Disney’s classics were thrown in plenty to wash out her memories of horror. Rapunzel, Cinderella, Sleeping Beauty, Charlie and the Chocolate Factory, Alice in Wonderland, Harry Potter. But Tabby wouldn’t have it.

Tantrums started to cramp the nights. The Blue Cat, One-eyed Ghost, The Lunatic from the Well, Talking Garden, Black House, Miss Twit with White Feet, and all her favorites were locked away in her mother’s chest. But her most favorite – ‘The Girl named Forrest’ – was the story she craved for most. Mostly, because she felt a sisterly love for Forrest.

One morning, like most other mornings, Tabby had again gone out to play by the pool. Her mother went to her room to clean up the mess she’d made last night. There on the floor, lying in the pool of things, was a toy swing with a miniature girl seated on it. Purple and broken it was, the seat dangling. She felt dizzy as the room started to spin in front of her eyes. ‘Just where did she get this…?’ She whispered to no one.

She picked up the toy and stared at it. It replicated her description of it, word to word. Purple was Tabby’s favorite color which is why she had chosen that color for the swing. In her story, Forrest had fallen down the broken swing and hurt her head. After which, she could never remember her name and call herself anything that she saw. So, sometimes, she was forest, sometimes, river, and sometimes, a butterfly. A deafening chill started to crawl up her spine. She thought she was hallucinating, But how could she be? She had read that story a hundred times to Tabby.

There was something unsettling about the toy. Where had Tabby found it? Did someone give it to her? She couldn’t fathom the thought of Tabby playing with it. Just when she thought of throwing it away, the toy burned in her hands and scalded her fingers. A wave of terror gripped her. She dropped it to the floor and ran out the room. She couldn’t dare touch it again. With pincers, cautiously she lifted the toy and hid it under the clothes in her closet. For the life of her, she couldn’t have the dreadful thing around her daughter.

That night, she woke up from calculated murmurs. Sitting up on the bed, she saw Tabby on the floor, surrounded by her clothes, playing with the broken swing. The doors of the closet were thrown open. The things inside thrown out as if it were thoroughly searched. Furious and scared all at once, she asked, ‘Tabby, what are you doing?’ Tabby didn’t so much as look at her mother but merely said, ‘Mommy won’t hide Tabby’s swing again. Promise me, mommy.’

She felt choked by invisible hands. Unable to utter a word. Trembling, she got off the bed and kneeled on the floor next to her daughter. Putting her arms around Tabby, she asked, ‘Darling, who gave you this swing?  Isn’t it like the one from the story that Forrest fell from?’ With a twinkle in her eyes that felt hauntingly sinister, Tabby looked up at her mother and said, ‘Mommy, Forrest gave it to me. She said I can keep it.’

The panic that filled her mother was yet only the beginning of the scariest story she’d ever fabricated.

This piece was originally published on www.themusingquill.com