When it comes to any kind of fried food we often relish it instantly as it has that power packed taste and filling portion . The easiest on the go food would always be fried food for almost each and everyone that one can agree upon any day. Recently i was invited by First Idea PR to try out the newest QSR in the city called ‘Appetiso’ which brands itself for some good London style Fish n chips. When i say fish the first thing to relate with it would be our city Kolkata and what better way to get some fish fried in a way London does, sounds pretty good right ?. For a fact there isn’t other place in the city which is doing the different with fish and other fried food so why not Appetiso lead the way to let the city get closer and fond of London street food as well as bring in something new for the people of Kolkata.

For me personally this visit to Appetiso did help me get to know a lot of things like with the kind of fish they use, which is good quality assured Vietnamese Basa, very fresh and nice . Also i got to know about the other menu options in fried food that they have in chicken and veg as well as fries/wedges. The thing which made very happy the most was the hygiene factor and the way they pack the food ,very trendy and cool. Just to enlighten this a bit more, you get your food in a nice paper box which you can either carry it if you drop here or get it delivered via Swiggy/Zomato hot and fresh. It does’nt end there as i got to know more news that there are two Appetiso QSR outlets,one in Golpark and another one in Kasba, so my visit was in the Kasba one. As said it is a Qsr outlet so don’t expect any sitting arrangements, it was made with the purpose of deliveries and takeaways however if you want to drop in to have your food there you may get a few chairs if vacant and lucky enough. 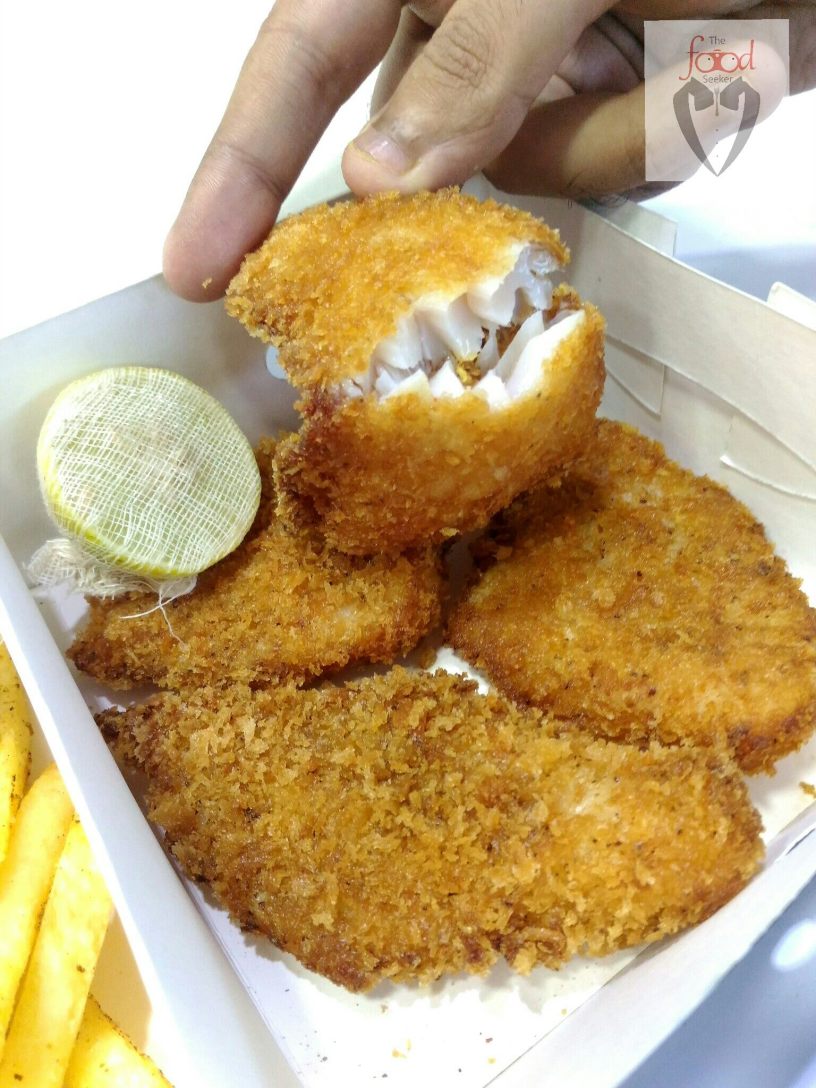 What i tried from here was four different varieties of fried food. I started with the classic Good Ole, Fish n Chips which was simply splendid on flavour and had a perfect crisp in it’s outer layer . Inside was a juicy affair along with a very soft texture of the fish meat. You get fries along with it too that give a crunchy and crispy combination,i loved it totally and recommend it . The next one that i had was the Mushroom Bombs which was small shaped crispy balls filled with minced mushroom in it. The taste was pretty good for a veg eaters delight however i would like my fries the non-veg way . This was served along with some potato wedges that was perfectly made. After this the Chicken fingers was tried out and it was a little stiff i would say as the outer portion could have had a better coating that will let the pleasure of having them more. The fries accompanied these fingers in the same box . Lastly from here was the Fried Fish tried that was very nice ,thanks to it’s fully generous big size as a piece. The whole thick coating over the fish piece was really crunchy and crispy as expected. Even the whole enjoyment of eating doubled with its tender juicy texture too gradually after every bite. Served along with Mustard sauce this one is a good selection and also my favourite from here along with the Good Ole, Fish n Chips.

Check out pictures from the emotional experience in the full post on The Food Seeker Blog.