If you are new to programming world or just thinking of getting into it then you should learn one of these languages for sure. These languages will help you to secure your place for a high paid job. Most of these are inter related to each other. You can learn all of them or just focus on one language at all.

One thing to keep in mind that never go with all of them at once. Choose one of them, study it, do practice and then choose another one. Focusing on all languages at the same time will not help you. 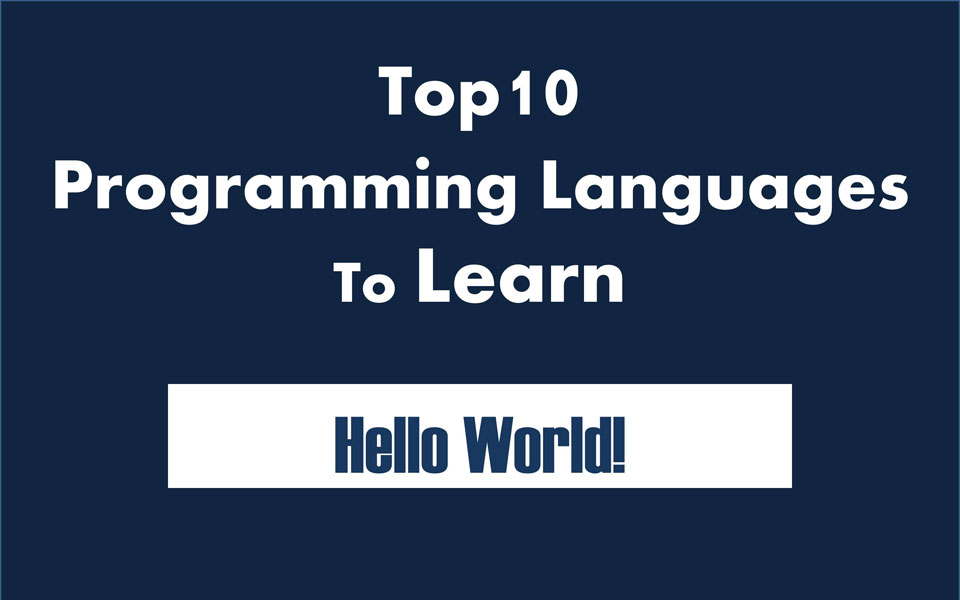 So here goes the list of top languages that are worth learning:

The language was originally developed by James Gosling at Sun Microsystem and then it was released in 1995 as a core component. It implements the Write Once Run Everywhere  which means that the java code once compiled can be used on any computer which supports Java, so this makes the language portable.
The latest version is JAVA 8 which supported by Oracle for free.
The language is widely used for developing android applications which is in great demand, so learning this language will be very useful.

SQL or Structured Query Language is a database management Programming language which is usually used to create, access or update a database. It is very important language, All the android mobile and even the iPhone use the database and have queries of SQL to implement the action. Every company from big to small is somewhere somehow is powered by SQL as a language.

C++ or C Plus Plus was originally developed by Bjarne Stroustrup at Bell Labs and is a general purpose Programming Language. The language is an object oriented language and is based on its earlier version, it is used for developing various desktop applications which includes Microsoft’s application, Servers and also for developing games and softwares.

It is also a general programming language but proves its importance in web application development and hence used mostly for developing web application frameworks.
The availability of various libraries saves you from writing much coding and thus makes the language more useful. Its popularity is increasing and it powers many of the web applications.

Python is also a general programming language as C++ and Java and is popular because of its simplicity to code as it is similar to the English language that we use. Although simple it is powerful enough to use as web development, computing and lot of other work. Companies like NASA and Reddit use it for their websites. Many big companies including Google searches for Python developer.

CoffeeScript is not a kind of language but is a Preprocessor tool that makes the code you write in CoffeeScript converted to JavaScript. The language was made to make JavaScript more handy and easier to understand and then implement the code without using hundreds of semicolons.

It is a scripting language which is developed using C as its Base language. It is very important language and this can be proved by the fact that the biggest social network Facebook is powered by PHP and not only this the popular CMS WordPress is written in PHP itself.
It is easy enough for a beginner and powerful enough for an expert to develop web applications.

Developed in the early 2000’s, the language was originally created for Microsoft’s application development. The language was also used for developing app for the mobile phones running on Windows operating system. Web development can also be achieved by C# as a server side language.

The language was developed in 2014 by Apple as their own programming language for the development of iOS and other applications. The language is also used for developing apps for Apple store and thus finding popularity increasingly. The language is must to learn if you are heading towards app development.

These were some the best programming languages to learn and get a good paying job. As you all know that practice makes a man perfect. So choose your language and practice well.