We have always come across the saying or idiom that “Society is going to the dogs” but if preventive actions are not taken now, our IIT will go to the monkeys and not before long we will be living on The planet of the apes!!

IIT, Mumbai has always enjoyed the company of animals of the wild kind. Leopards have been known to make regular incursions to the campus to learn Zoology in order to understand the weak points of their prey but they enter the Physics lecture by mistake. Physics is all Greek to them, making them seething with anger and they take out all their anger on the innocent street dogs inside the campus. Snakes slither in causing the great scholars to run hither and thither. Sometimes elegant birds like peacocks make an appearance inside the premises usually occupied by the more common Mumbai residents like crows and pigeons. Domesticated cats and stray dogs reduce the stress of the over achievers staying in the hostels inside. Squirrels bound from one branch to another, on the numerous trees inside the campus. Little ahead, in the Powai lake, common fish and un-common crocodiles have managed to capture their own space. 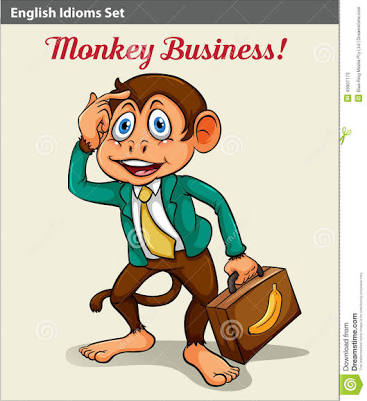 But the species which captures the mind of their simian cousins, is the Monkey. Old hands, which in the IIT Campus, are the lecturers and the admin staff, recall that the Monkeys make seasonal appearance in the campus. Just like new batches of students join every year, new batches of monkeys emerge out of the forested area clinging to their mommies. Perhaps by now, the monkeys have deduced that new batches of students means new supply of food from the fawning parents of the new joinees. These seasonal visits of the wrong simian kind to the campus, have always been a regular feature, but this year has been different.

Every year, it had always been the odd monkey or four making the visits but this year, they have come in dozens. Maybe it’s the effect of the company they keep. The hostel inmates dry out their laundry on the drying lines outside their rooms and these are used by the more boisterous unclothed simians to practice their gymnastics moves. By mistake, if the smartphones are left unattended, there are bound to be smirking selfies, if the simians are in the mood. And if they are not in a mood, then God save the smartphone! And they just love using the laptops but the use is for hitting each other with. The two ends of such used laptops will be found in two corners of the room. Any stray wire hanging about is used to practice rope walks, perhaps practicing for fashion shows. Water taps are kept on, sometimes to drink but many times, just for a rain dance. Thus the humble rooms of the highly intelligent inmates are converted into swimming pools. The small cupboards and the wastage bins are thoroughly laid threadbare, the contents are then laid out in random designs on the floor. And the poor students who come to study in the IIT are relegated to the sidelines in the great movie where the monkeys are the top stars.